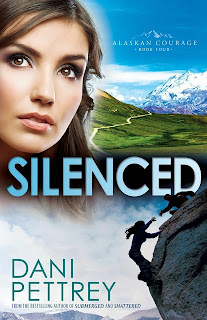 Kayden McKenna, whom we have met in previous stories in this series, is a rock climber. She finds a body on a climb and it becomes quickly obvious that it was not an accident. Kayden's friend, Jake, is made a deputy by the local sheriff and together Jake and Kayden take on the case.

This is a book full of suspense but also full of Kayden's delightful family whom we have met in books 1-3. The family and the location on a small island in Alaska make this all the more interesting.

I am totally a fan but I didn't find this book as well put together as some of the previous ones. For instance, the author puts some suspicion on some of the suspects and never really explains why they were acting suspicious later when the case is solved (especially the female owner of one of the climbing supply stores). Also, I thought that the climbing death and the threats to Kayden would somehow be tied together at some point and they weren't. About 3/4 was through the book, the climbing death was solved and pretty much dropped. So there are two totally separate mysteries going on in the book.

I received this book from Bethany for purposes of reviewing it. All opinions expressed here are my own and I have not been compensated for reviewing the book.

Looking forward to the next book in the series! These books are wonderful!
Posted by MzKCKitty at 7:47 AM No comments: 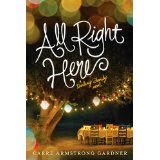 What a wonderful story! I was immediately pulled in by the fact that this childless couple took in a sibling group from a different race and became a family. But the story is much deeper than that. It explores foster care and the plight of "throwaway children," it explores marital relationships and some of the pitfalls, it explores extended family relationships, it explores extra-marital choices and addictions. And the part I found most endearing was that it explores the heart of a mother of grown children and grandchildren that prays for her progeny and loves them extravagantly. This is to become a whole series of "Darling Family novels." I can't wait for the next installment!

I enjoyed this book so much that I sacrificed half a night's sleep to finish it. I enjoy stories where faith in God is a seamless part of the story. And I especially like the interracial family here because the household I live in is multicultural and we are exploring some of these same issues. I love the way the author handled the "sore points" of the issue.

This book was given to me by Tyndale for the purpose of reviewing it. I received no compensation and all opinions are my own.
Posted by MzKCKitty at 1:42 PM No comments: