Finding Me by Kathryn Cushman 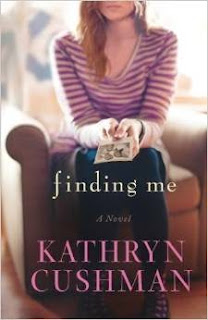 Kelli Huddleston has always been told that her mother and siblings died in a house fire. But when her father and stepmother die in a car accident and Kelli has to go through her father's things, she finds a whole different scenario emerging and decides to go find out for herself what really happened.

I was not familiar with Kathryn Cushman's work before but I intend to be very familiar in the future. What a great author to add to my "favorites" list!

This book kept me hooked until the very end. I needed to find out what happened more than I needed my sleep. The book and its characters found a home in my heart. Highly recommend!

Bethany House gave me a copy of this book in exchange for a fair and honest review.
Posted by MzKCKitty at 8:49 AM No comments: 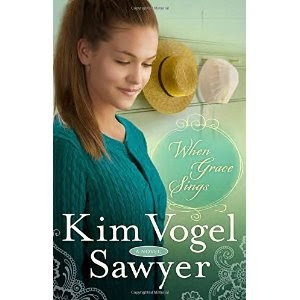 Briley Forrester, hotshot big city reporter, is in the tiny Old Order Mennonite town of Arborville to dig up some dirt on the residents. He and his boss think there must be more to the story than the outward appearance of these people. He stays at the Bed and Breakfast run by Alexa Zimmerman. She's not Old Order Mennonite but she lives plain since her extended family, the Zimmerman's are. Both Briley and Alexa have issues from the past that haunt them. Briley was abandoned at 5 and raised in foster homes. Alexa was abandoned as an infant and raised by Suzy Zimmerman.

This story is a continuation of When Mercy Rains and this book is number 2 in the Zimmerman Restoration series. Book 1 deals with Suzy Zimmerman's return to her family with the daughter she raised (Alexa) and seeing for the first time since birth her own illegitimate daughter that had been adopted by a cousin.

Just so you know, that rant above was in fun. I love Kim Vogel Sawyer. She is arguably my FAVORITE of all favorite authors. She provided this book to me in exchange for a fair and honest review. I would have snarfed it up anyway because I've been waiting (impatiently) for this next installment in the story. Please speed-write book number 3, Mrs. Sawyer.

Posted by MzKCKitty at 6:13 AM No comments: 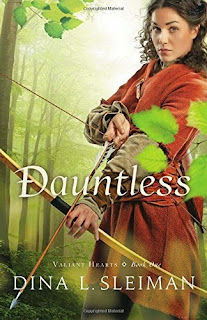 All I can say is WOW! I loved this book! I love this time period, I love these kinds of stories and I want more! (And I don't want to wait till the Author's next installment. I want her to speed write!)


Lady Merry Ellison and Timothy Grey were once betrothed but her father's opposition to King John put a damper on the situation. Her parents and brother were murdered by the King's men and Merry and some of the village children were forced into exile by the circumstances. They formed a little band for survival and lived off their wits in the woods. Timothy, thinking Merry was dead too, eventually went to work for a nearby landholder. When he discovers Merry is still alive he doesn't know what to do. To let others know is to put her in danger.

Bethany House gave me a copy of this book in exchange for a fair and honest review but I would have bought it anyway and will buy any subsequent books by this author. Loved it!!
Posted by MzKCKitty at 12:17 PM No comments:

By Your Side by Candace Calvert 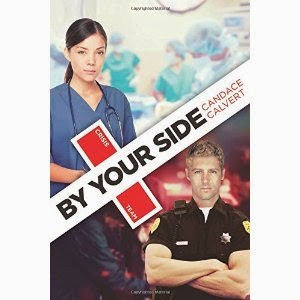 Macy, an ER nurse, and former foster child and Fletcher, a cop meet each other when they are involved in a sniper incident on the freeway. As it turns out they have mutual acquaintances in the the ER / First Responders community. As the sniper continues to show up (more than once when Macy was present) all kinds of theories evolve and Macy and Fletcher spend more and more time together. They seem to be the right mix to work through issues both have with their pasts and presents. Both characters are real and fascinating and people you would want on your friend’s list.

This is the first book I have read by this author and I thoroughly enjoyed it. I like the medical / ER / Cop insight. It was very well researched. And the story kept developing to the extent that I didn’t want to put it down to resume normal daily activity. I’m looking forward to another installment from this author and I will definitely recommend this book to my friends who enjoy this genre.

I received this book from Tyndale House in exchange for a fair and honest review.

Posted by MzKCKitty at 10:37 AM No comments: