A Noble Groom by Jody Hedlund 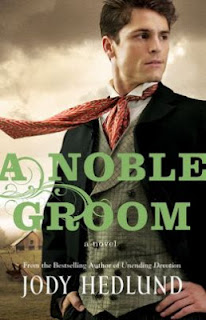 This was a fun book that I could not put down. I read right through it. It is about German immigrants that came to the U.S. around 1880 to escape oppression in their homeland. My own ancestors came here around that same time and settled in Ohio. These immigrants settled in Michigan.


The story is about Carl Richards, really the son of the noble family that ruled in the area the immigrants came from in Germany. His father was whose oppression they had escaped. When Carl is falsely accused of attempted murder in Germany, he flees to Michigan at the behest of his manservant whose brother is living in Michigan. The brother is awaiting a relative being sent to marry his widowed daughter and take over her farm. Carl arrives ahead of the prospective groom and helps on the farm while hiding from the law.


I received a copy of this book from Bethany House for review. I did not receive any compensation for completing the review. All opinions are my own.

Posted by MzKCKitty at 11:37 PM No comments: 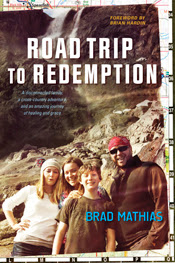 This is a wonderful book and all parents should read it. Brad Mathias is a minister and he thought he had the parenting thing all figured out until something went wrong for his daughter and he had to rethink everything. Not only did he find out that his way wasn't working, he found out there weren't any cut and dried answers and that it takes a lot more work and dedication to be a parent. But the key thing, in my opinion, is that God spoke to him on more than one occasion and he chose to listen and follow. It wasn't the easiest course of action but it was the right one.


Part of Brad and his wife's journey through this rough patch included an actual road trip where parents and teens reconnected with each other and with God.


This book should be read by every parent who needs these insights to continue their own journey in parenting their precious children. Even I, as a grandmother, gained much insight into some of the things I have observed along the way.


I received a copy of this book from Tyndale for review. I did not receive any compensation for completing the review. All opinions are my own.

Posted by MzKCKitty at 11:36 PM No comments: